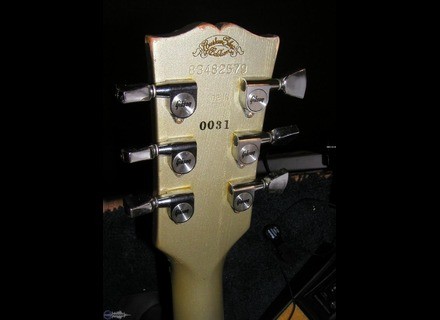 I've only seen one of these come through the shop in my lifetime, and it's really nothing that special. I think it was only made for a year or two before they decided to discontinue it. The guitar features a mahogany body with (I believe?) a maple top, mahogany neck with a rosewood fretboard, 22 frets, dot inlays, pickguard, hard tail bridge, two humbuckers, two volumes, two tones and a three way switch.

These are pretty rare, and you don't see them often. However, there's a reason why you don't see them often. It's because they're not exactly the best thing that Gibson has ever offered. They're solid for the price, but I find that you can get a newer, better version of this guitar for just as much money as these things go for on the used market.
Did you find this review helpful?yesno
Cookies help us improve performance, enhance user experience and deliver our services. By using our services, you agree to our use of cookies. Find out more.