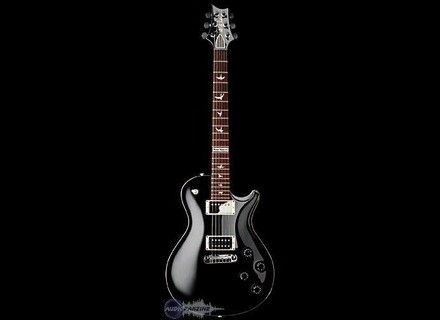 « A Singlecut born for Hard Rock and Metal! »
5

Buy this productView price information >
View other reviews for this product:
While playing with Creed, Mark Tremonti was the second person to be added to the PRS family as a Signature artist. His original model was a slightly ‘modernized’ Singlecut, including

In play and feel, the guitar is identical to a PRS Singlecut. For me, PRS guitars play amazingly, obviously assuming it is setup properly. The neck and body are FAT, and the guitar is heavy, but this does not make the guitar any harder to play in my case, though a shredder used to Ibanez or EBMM ergonomics may feel otherwise. The adjustable stoptail offers full control over intonation, no matter the tuning or string gauge used, which was a must due to all the alternate tuning and varying string gauges that Mark uses. The locking tuners, in my findings, offer no discernable advantage in tuning stability, but make restringing slightly faster and easier.

The biggest changes to the Mark Tremonti model are in the sound. The PRS Tremonti treble is the hottest pickup offered by PRS, and thrives in a hard rock and metal application. Driving a Mesa rectifier, the sound is HUGE. The guitar marries clarity and depth in its sound, which can often be a difficult task with certain guitar/pickup configurations. The neck pickup, on the other hand, is very clean, and drives Mark’s clean sounds. Having heard any of his music (Creed or Alter Bridge), Mark’s clean sound has always been nothing short of beautiful. Between the two pickups, you can cover a lot of ground.

If you like the PRS Singlecut model, but want a more modern tone, this is your guitar. Big and aggressive are the only way to explain the sound to expect. For my needs, it is the one guitar I can take completely stock and be 100% happy with it.
Did you find this review helpful?yesno
Cookies help us improve performance, enhance user experience and deliver our services. By using our services, you agree to our use of cookies. Find out more.