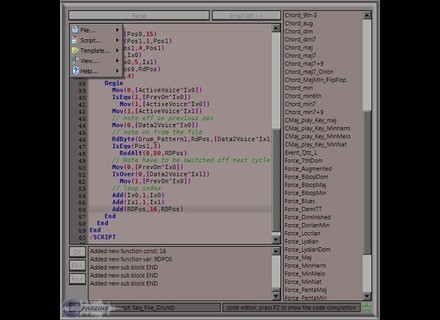 AZ Audio has updated SuperMidiScripter to v0.900, which features the following enhancements: