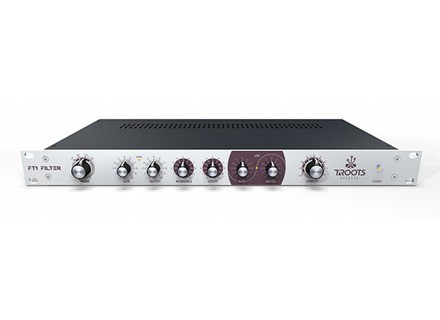 TRoots Effects has announced that the new version of its FT1 Dub Filter will start shipping in early January 2016 and offers a special preorder price.

A resonant analog filter inspired by the famous Steiner Synthacon synth, the new, reworked FT1 is said to feature several functions with HP/BP/LP+AP Phaser filters. It also contains a Cut off potentiometer and a 8 positions switch called the "Step Cut". As with most TRoots products, this one seems to address dub and reggae producers first but its creative potentiel may appeal to musicians and producers working in other genres too.

Announced for January 4th 2016, the FT1 in its version 2 can already be preordered for the special pre-introductory price of €390, 10% off its subsequent catalog price. More info available here.