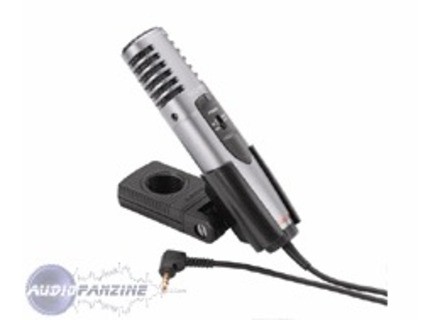 ECM-MS907, Other Microphone from Sony in the ECM series.

View other reviews for this product:
- Micro extremely versatile, often recommended for its decision-MD (attention, it has no preamp, make sure your MD has a Mic jack (not just line-in)). As proof, I still saw a site recently where a teacher said to find a drum miking of drums made with this mic was sometimes better than some taken from his semi-pro of some of his students with 4 or 5 microphones.
- Electret microphone

- I own it since it came into the world in fact

. Younger I was looking for a versatile microphone for my video camera and the seller told me that a micro Fnac created for this type of use would be released soon. I paid 700 Fr at the time. Moral: be careful when you're small you sometimes swallow anything lol (especially since I had not, at the time, need such a good thing but ...)
- I appreciate, of course, its good sound compared to its small size and limited breath it causes. I regret the switch "90 ° -120 °", which I think makes no difference ... more like the majority of microphones that restrict the breath, I sometimes find it stifles too much sound, but it's very subjective.
- Before having the price I bought microphones did not exceed 100 Gb at the time then obviously, it's very high-end side.
- Value / price too ... 700 Gb is a bit expensive! If you find less than 500 Gb, for against, you can go
- With the experience I would not have taken the microphone at the time for the use I was doing. However, I probably would have bought for my now taken its battery.
See the source
Did you find this review helpful?yesno
Cookies help us improve performance, enhance user experience and deliver our services. By using our services, you agree to our use of cookies. Find out more.