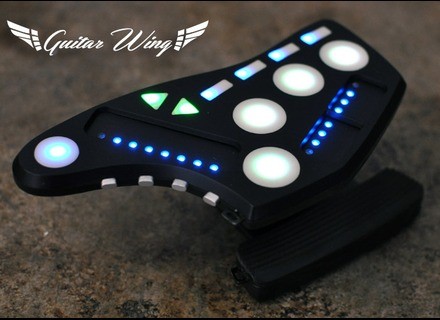 Guitar Wing is a new MIDI controller whose shape is specifically designed to be mounted onto any type of guitar or bass so that you can control your DAW, plug-ins, iOS apps or MIDI effect while strumming or soloing, through a wireless communication.

The Guitar Wing features pressure-sensitive pads, touch faders, buttons and accelerometers which can be used to change the sound by only moving your guitar.

The controller will also ship with the Wing FX plug-in, with which you will control the built-in effects, pitch, filters, etc.

The Livid Instruments Guitar Wing project is currently available at KickStarter for a one-month campaign period. The controller is expected is March for the final price of $199 but during the crowdfunding campaign, you can pre-order it for only $149. More info at www.kickstarter.com.