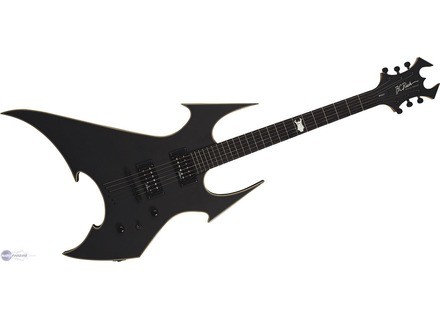 I purchased an American made Beast pretty quickly after they premiered. It had 24 frets and a Floyd Rose tremolo system. There were three knobs, a volume and tone, and a pickup selector switch. It had a really awkward shape that I thought I would get used to, but didn't. It was also huge and had an unbelievably large hard-shell case that was pretty annoying to carry around. The floyd rose also proved to be unnecessarily difficult to maintain, even though I was taught how to do it multiple times. I later realized that they probably hadn't worked out all the kinks with this model yet.

I used the guitar for about 3 years before I sold it. I didn't like it's lack of versatility, and I hated the clean sound. I liked that it wasn't too expensive, but I probably should have gone with something else. It's probably not even the best BC Rich out there, so I wouldn't recommend it over the Warlock or Mockingbird models, especially the higher end ones. Again, though, BC Rich guitars are for metal players only, so if looking like a badass metal god is more important to you than getting a decent-sounding guitar, then go ahead. Otherwise, avoid at all costs.
Did you find this review helpful?yesno