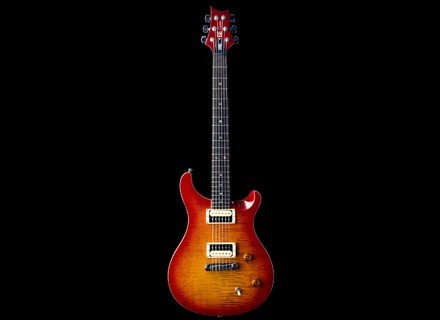 SE Custom, Other Shape Guitar from PRS in the SE series.

- The handle is comfortable to the touch, glide well but is big and uncomfortable for small hands that boudinnées ... like me!
- A bit heavy for my taste.
- And the sound ... the sore subject ... I found its just wrong, see below.

The value is catastrophic, and based solely on looks and a name written on the head of the handle, PRS!

So if you dream of having a PRS, put money aside and avoid the economic series. (actually Student Study)
See the source
Did you find this review helpful?yesno
Cookies help us improve performance, enhance user experience and deliver our services. By using our services, you agree to our use of cookies. Find out more.