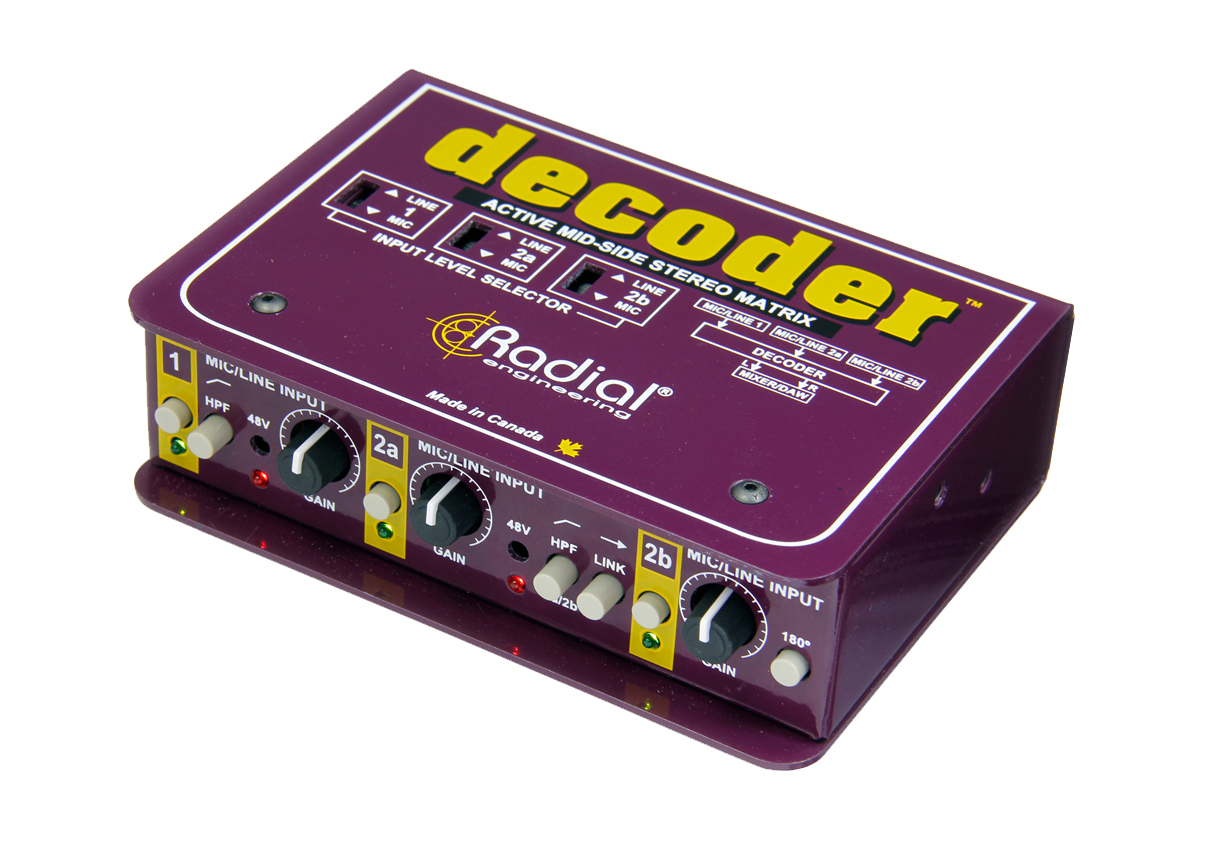 Other Studio Effect from Radial Engineering .

Radial introduces Decoder, a Mid/Side interface that allows for creating a stereo image from multiple microphones.

The Radial Decoder is designed to replace the M/S patches prepared by sound engineers on consoles and will also be useful to those who do reamping.

Decoder features three XLR inputs, one of which for the center mic, and you can use on the two other inputs a Figure 8 or two cardioid microphones. Each input includes an activation switch and level control. 48V phantom power, switchable high-pass filter are also available as well as a polarity reverse switch for mic 2B. Last, the front panel of the box includes mic/line level switch to be used when applying the Mid/Side image to pre-recorder tracks.