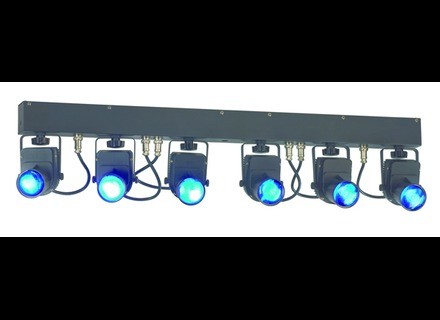 Bought in 2012 on a whim (a promo ...) to illuminate a small stage.
It's nice and RGB LEDs are powerful enough but it's still a small effect 6 x 5 watts ... therefore not intended to illuminate a scene, but to add to a traditional lighting (or LED) or to host a party "at home".
So the record is nice, but it's still expensive for its price (about 300 euros).
I love the ease of implementation and simple, automatic programs. The link 230 is also significant. Quite powerful LED.
I do not like: as mentioned above, it is an effect. As such I find it expensive, or not powerful enough for its price.
See the source
Did you find this review helpful?yesno
Cookies help us improve performance, enhance user experience and deliver our services. By using our services, you agree to our use of cookies. Find out more.