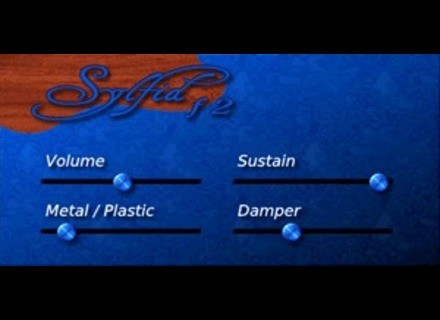 Syflex has announced the release of Sylfid-f2, a new physical modeling string plug-in that models a musical instrument that has two strings per note.

Sylfid-f2 doesn't use any samples: everything is computed using a fast simulation algorithm, according to the company.

It computes the propagation of waves on the strings, and converts them to sounds in real time. This is designed to allow the creation of sounds that exhibit real-life properties like long decays, without any samples, no loops and no reverb, they say.

The material of the strings can be changed continuously from metal to plastic.

The plug-in is based on the same technology as Sylfid-f1, but is less complex to tune, according to Syflex. For example the strings material cannot be changed on a per string basis and the hammer position is fixed.

Pricing & Availability
Sylfid-f2 costs $20 and is available for Windows and Mac OS X (Intel only) as a VST instrument plug-in.