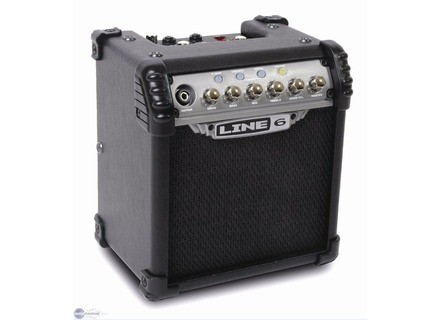 Buy this productView price information >
View other reviews for this product:
T says it all on prcdemment SPECIFICATIONS machine.
The power-dlivre INTERESTED canal is clean, I will confine mpe speak only of such use, since this is the reason why I choose to.
Compared its competitors, it dveloppe the strongest and enjoyable volume

Congiguration very simple, like all the amps in this CATEGORY.
I used my godin multiac 'nylon duet to perform the test, and its clear he is relaying the most Fidler sound.
Indeed, simple manual

I play an acoustic duet godin nylon, and my game is between bossa, jazz and guitars slapper type Raul Midon, Keziah Jones.
The guitar sounds much cash Slapp, bass do not saturate, it sounds not cardboard, and rverb is more enjoyable than the other models, I think

I just bought it, I was passing through here, since I will test it for 15 days to run so I could talk about its robustness, autonomy, etc. ....

I tried the Microcube compared, and the Vox DA5, with Godin multiac 'nylon is saying a good trs guitar electro-acoustic

My conclusions:
In clarity of sound, the micro cube, which in its best position dveloppe DEFINITIONS sound, but power level, it dveloppe trs trs little volume, above.
Too bad, sounds are crystalline, but they do not dveloppent EHJV mdiums in serious and severe.

The Vox normment of characters-some of the lamp, certainly, but in the context of "acoustic nylon", a sound card, and only rglage "tone" is the gadget ... .
The rverb is not beautiful trs

On line 6 returns over Fidler sound, and comes close to what I know about my guitar on a sound system, one of chouilla rverb 'and I found my guitar.

In short, the sound is fairly neutral, and you can hear the characters of the Godin:

The line then six wins in terms of power, neutrality of the sound.
T even have enough of the Microcube, and hsit between line6 and vox.

Design, is not ugly, and it is quite lightweight, for against aa looks pretty fragile.

I test it with an electric later.

I would say for my type of use:
n1: line 6 microspider
n2: Vox DA5
n3: Microcube.
See the source
Did you find this review helpful?yesno
Cookies help us improve performance, enhance user experience and deliver our services. By using our services, you agree to our use of cookies. Find out more.