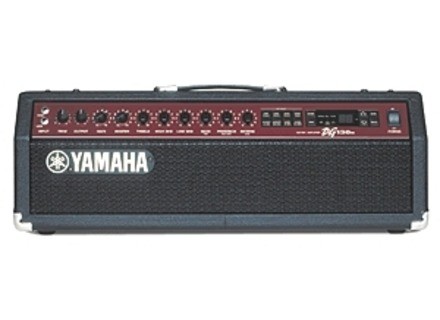 «  A monster of quality and versatility »

The config is very simple and very well thought out, since I've never needed to put the nose in the manual, so it is intuitive.

Ne plus ultra, you still have a listing containing 128 types of pre-recorded sounds to which a descriptive name is given for each, so you can easily identify, and get the sound you want.

Level functionality, nothing wrong.
button = one function and two functions each knobs (EQ or effects switchable via the button "amp / effect")

FYI, it was on loan / lease by the LB LAB studio, stronghold of metalheads (not than) par excellence, you will find their site easily on the net. This is also where I bought it.
I tried many multi-effects amp before buying it, of different brands, and none comes close to the head ... Even today, hands down!
No offense to the new hybrid at Marshall: WDD 1 ... far behind!

I have this head for 4 years so I think many know about me.

I started playing rock style "Black Desire" and that happiness with the head as the sounds and effects are the palette of qualities.
The beautiful clean well slap or friendly, good distos easily adjustable according to the "grain" wanted ... Overdrive 2 is great, round and accurate at will!

Then I moved progressively toward the metal such as TOOL, DOWN, 7DUST etc. ... and the head followed! I pushed him into a corner and damn it! Distos that go far!
I played with a Washburn signature Nick Catanese equipped with EMG 81/85, and another washburn equipped with Seymour Duncan SH11.
With either scratching it sounds very fast and very efficient way without having to spend hours and hours of adjustments ...

I just put 8 as a noise gate built was total happiness because the sounds are very very very LEAD loaded gain and share feedback quickly only if one does not control his guitar a minimum. Otherwise in the meantime, we lower the gain and the problem is resolved.

Perfection does not exist, I put a 9!

Level panel of games you can achieve sounds and effects approached The Edge of U2, but also sounds like THE CURE, to go to the ultra-biting distos worthy of the name.

I used it in repeats and in concert, it's robust.

In short, the versatility of this head works wonders and is a good investment for the keys to any musical style, but looking at the quality.
I do not, moreover, that this head has been made in so few copies ...