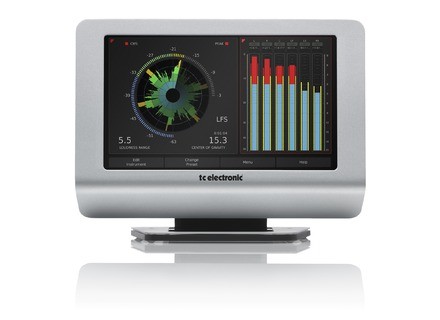 With the optional LM6 algorithm installed, users can load two independent Radar meters simultaneously on their TC TouchMonitor TM7 or TM9. This opens a number of configurations. For example, it is possible to let one Radar meter instance display a pre-processing signal while the other instance shows a post-processing signal – and both can be monitored at the same time. Another scenario could be having two Radar meters display both a stereo and a 5.1 signal simultaneously – or two stereo or two 5.1 signals. Finally, both instances also provide 24 hour history for the audio being monitored.

Other instruments have been updated as well – for example, it is now possible to run multiple instances of the Surround Sound Analyzer. Also, the on-screen help feature has been improved as has the general UI expeience with e.g. enhanced mouse sensitivity and new slider functions, the company says. Finally, the software release also features improvements with regard to general stability and performance.