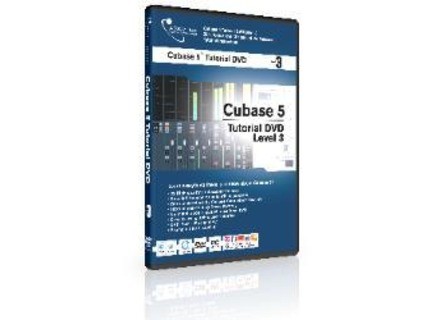 This third installment in a four-part series will ship May 10, 2010 and is available to pre-order at a 20% discount through May 9.

Steinberg's Cubase 5 continues to build on its history of innovation with new features such as VariAudio pitch editing, REVerence convolution reverb, LoopMash and Beat Designer beat creation tools, and new functionality such as VSTExpression, Signature and Tempo Tracks, and advanced Automation.

Produced in English, Spanish, German, French and Italian, this Mac and Windows compatible DVD is now accessible to Steinberg's user base. You can watch all 33 videos consecutively for more than 3 hours of video instruction. The Cubase 5 Tutorial DVD Series is designed for new users and seasoned pros alike and works for Cubase 5, LE, AI, SX3, Cubase 4 and Nueneo.