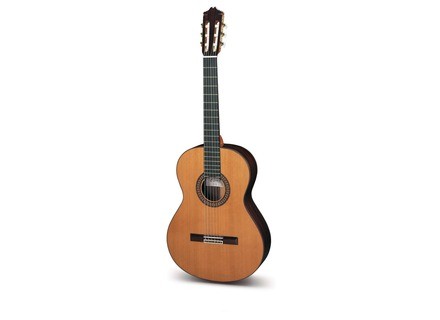 Value For Money : Excellent
View other reviews for this product:
I availing oneself of a Cuenca 50R N 01604, manufactured in Spain, bought in 1995 (So among FIRst sries nylon electro Cuenca) and ESPECIALLY equipped with a microphone and prampli LR Baggs Deluxe Acoustic Equalizer ". I was in the store explained that it is a micro "band" (diffrents technical Piezzo?). In any case, since I tried to redeem a Cuanca 50 R but they are now Teams of ProBlend Fishman, who has nothing to do with quality in the LR Baggs Deluxe, alas abandoned and found: With the Fishman sound is less Faithful to its acoustics, amplification sounds of strings 3 / 4 times higher and lower yield (prampli probably less potent. As my Cuenca 50R knocked lot of 95, she is abyss (shock scenes, Fluri table) and I would return to replace the same or its equivalent, especially for amplification.

1995
As I said earlier, I would do this choice but I have not found the same (it
Fishman is for the team "50 R" current micro that I find much less powerful, and I do not like the sound performance). I tried other models.
Very good report quality price MY MODEL (50R with LR BAGGS Deluxe as micro).
See the source
Did you find this review helpful?yesno
Cookies help us improve performance, enhance user experience and deliver our services. By using our services, you agree to our use of cookies. Find out more.