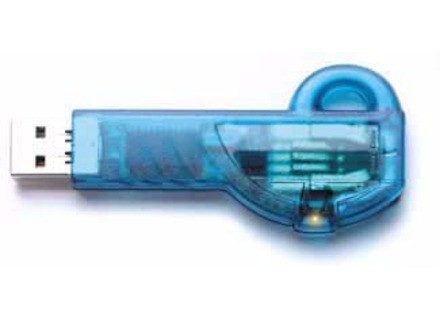 View other reviews for this product:
This item works as good as the generation 1 version. Where it exceeds it at is the build quality. It doesn't feel "cheap" as the old one did. This feels a lot stiffer, and more ready for the tough task that it wll need to handle. So it is definitely superior to the first generation model.

The smaller footprint also helps alot. It is not the big clunky USB key. It is actually the size of the other USB devices that I own, and the new color scheme with the blue LED light is just great, as it matches my USB hub. It also has a very nice glow to it when the lights are out.

I also used a sharpie to write in the area to distinguish my iLok, though I most likely won't have a lot with the expanded 500 slots for the licenses, allowing for future licenses on one iLok without the worry of running out of space. A huge plus, especially with the Waves bundles that is in my wishlist.

My only gripe is the cap. I wish there was some way to have the cap stay on the iLok, like maybe a string to keep it attach. Nothing to knock it for. This is probably the most excited I ever been about a device like this. But overall, its great and it serves its purpose. Don’t be fooled by other models, this is the best one. If you are using the first generation get rid of it and get this one. It looks a lot better and will make your set up look really nice and modern. So if you have god a lot of licenses and you don’t want to carry around multiple iLoks to all of your sessions. Just get this and it will take care of that problem for you in no time at all.