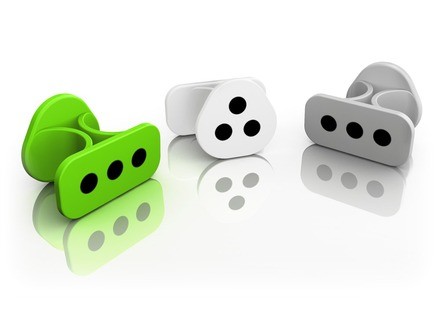 iRing, Other peripheral or accessory for tablet/iDevice from IK Multimedia.

Prior to the Winter NAMM, many manufacturers preview their newest products at CES in Las Vegas. Among them, IK Multimedia and its iRing.

IK Multimedia keeps on developing its iOS hardware and software range and introduces today at CES 2014 the iRing, a device equipped with gesture sensors designed to control remotely, wirelessly and in 3 dimensions its audio and effect apps on iPhone, iPod Touch and iPad. You won’t even have to touch your iDevice!

The iRing uses you hand gesture to control up to 6 parameters of audio effects and music apps simultaneously. IK Multimedia used patented image-recognition, gesture control and geometrical position technologies. The signals are sent via the front camera of the iDevice and then translated into MIDI messages. Note that the iRing is not exactly a ring, but a device hold between your fingers.

The iRing ships with the dedicated iRing Control app that follows your gestures and converts them so that you can control the music apps. The app is compatible with Audiobus and inter-app audio on iOS 7 and offers 16 effets for use in other apps (filter, delay, compression, reverb, wah, crush, twist, brake, spin, tail, stutter, fuzzy…).

Also included in the iRing Music Maker, an app that is similar to Groovemaker and uses audio and rhythmic loops to create music and grooves. The iRing is also compatible with AmpliTube, SampleTank, GrooveMaker 2, VocaLive and more.

Last, IK Multimedia will offer third-party developers an SDK and a licence programs so that they can include the iRing technology to their iOS apps and make them compatible with the iRing device.

The iRing is available in three White, Silver and Green finishes and retails for 19.99€ (you’ll receive two iRings of the same color). You can pre-order it now at www.ikmultimedia.com.