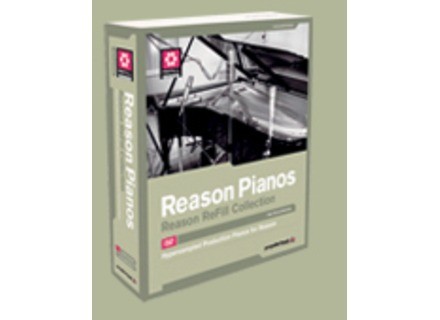 What are the proposed formats (WAV, AIFF, Akai, Gigasampler ...)
It's AIF sampled from three different piano on four velocities.

The loading time is relatively long samples: one has time to eat something during that time. G ^ ing the most I think is the number of velocity: 4 I think a fair bit and not just on paper, ca what feels in single player games. If the piano is covered by unb mix, it does not feel casiment.

Sounds / instruments are realistic and of good quality?
I find that seriously lacks depth smple into play solo piano for example, a voice lacks some depth despite the atmosphere. Well I did not have long so I could not tamper with the combinator and company but first premeir ca shocked me. You'll say I do not like this soft yet. As As I advance in the factory presets, I find something that suits me. The game immediately became a real little piece of cake (if we put aside the necessary adaptations to make it sound different shades). The powerful bass are not too dry (at least I use the Yamaha pr mainly), the mediums relatively round and acute highly crystalline. I find it very nice to add the sounds of hammers and keys that I recall, can be changed at will.

Is there enough variety?
The factory presets allow us to travel through many different game styles. The pianos are highly complementary and we are surprised to change our style of play depending on the model of piano loaded in Reason!

They are suitable to your style of music?
Yes! It is suitable for many styles I think.

How long have you use it?
I IT CAN BE USED for 1 week

What is so special that you like most and least?
Assets:
- Realism
- The universality of the book is suitable for all styles
- A very good integration in a responsible mix
- The setting of very advanced functions: sound effects, ambiences, combinators, etc..

Cons:
- The look a bit poor in solo and raw sound
- 4 levels of velocity

Have you tried many other models before buying it?
The big one I had before I was a bit messy in the sound in some flew overloaded. I do not aessayé version 2 because I had been discouraged. I wanted to acquire NI Akoustik but these integration capabilities in a mix seemed worse than the album Reason.

How would you rate the quality / price?
Pretty good compared to other products.

With experience, you do again this choice?
I said that in a few weeks
See the source
Did you find this review helpful?yesno
Cookies help us improve performance, enhance user experience and deliver our services. By using our services, you agree to our use of cookies. Find out more.