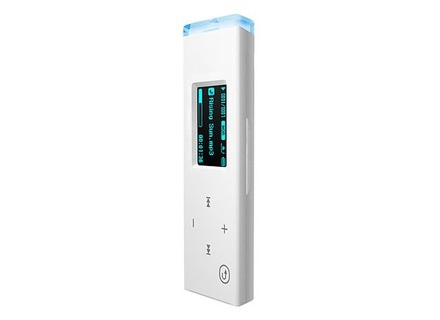 I just bought this product. I wanted a key usb/radio/mp3. Since I had a dj with key features including Samsung j'tais fully satisfied I took that mark.

The BIG BIG LEAST
- I have never seen something as bad ais use. Samsung wanted to make the iPod buttons. It really could pourri.Les home buttons are too close and too sensitive. What makes you think that when press the button to go to the next track, which increases lean on the sound. When lean on it to increase his lean on that of navigation.
And in the words of one Internet user if the Previous button "hold" is not active player goes crazy as the buttons are too sensitive. So for an object that is often in a pocket is not Top.
This product is an example against ergonomics. The thing that one day it will be shown in schools ergonomists saying "never made a".

- Deuxime big problem, although it can put files on it via windows I can not create a directory on it like a conventional key. I cross my fingers that the esprant Previous user made a mistake and that the trick is linux compatible.

SUMMARY
Despite the good sound and nice interface this product to flee. I think even that will try to change.
See the source
Did you find this review helpful?yesno
Cookies help us improve performance, enhance user experience and deliver our services. By using our services, you agree to our use of cookies. Find out more.