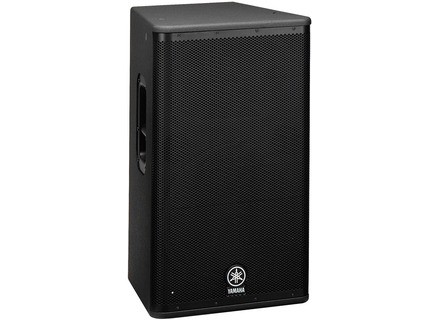 Buy this productView price information >
View other reviews for this product:
High quality Pa Speakers with the Yamaha DSR 115, you will get a very crisp clean loud sound.
I've played at the Barnes at the Wolf Trap and other larger venues in Northern VA (such as 4 ball rooms joined together); along with a variety of different sized venues to include outside events during all four seasons. While playing for a large event with celebrities, a semi-famous country guitarist and singer showed up as a guest and easily plugged into my system and sang/played several songs. I immediately kicked right in with dancing music after he finished. I write this as a DJ, this demonstrates the versatility of these speakers (an I-Pod can easily be plugged directly into the RCA inputs to play during breaks, or as a separate speaker/system in a lobby, etc.). I've had many complements on the looks and the sound quality. My only recommendation is to pay the extra bucks and purchase the protective cases to keep these looking new (and enhance your overall professional appearance). The cases help me when having to pack in and out as one DSR 115stacks easily on the K-Sub which has built in wheels easy for load-in/out I can roll two at one time).
So nice to finally have a clean sounding POWERED speaker with real power! I have added my JBL EON 515's to the outs at about 50 to 100 ft away on these DSR 115 and they are finally worth plugging in to use as an extra punch/filer to the sound in a large room. But OH MY- the power and clarity of the QSC's completely blows away what I've been doing with the JBL's by themselves. If you are considering these vs JBL- GET THESE- Spend the extra money- It's a no-brainer once you've heard the power and clarity difference. Yamaha wins again.
Did you find this review helpful?yesno