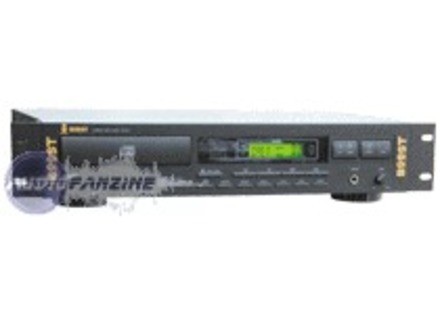 View other reviews for this product:
This is a CD that I have since I started DJing (ie since January 2002), I had paid € 130. At the time I knew nothing so I bought the "cheaper". This player does what is asked of him but that's it. It is a simple CD players but with a naturalness DJ pitch. For the Boost, I expected a worse and yet it still works at this hour.

Well here is the most and least:
+ Reliable
+ Simple
+ Not very expensive
+ Read out the cds (I did a comparison and a Pioneer CDJ500S read less badly burned cds)

- A mediocre sound quality
- Not a precise pitch
- CUE function that does not work not even ...

Well I will not complain too much. If I had them the same budjet, I would rather a Numark CDN22 much better equipped and quality.
See the source
Did you find this review helpful?yesno
Cookies help us improve performance, enhance user experience and deliver our services. By using our services, you agree to our use of cookies. Find out more.