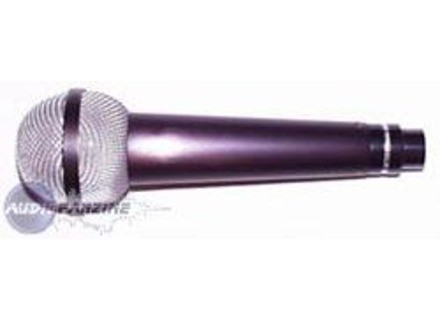 M 500 N, Ribbon Microphone from Beyerdynamic in the M series.

View other reviews for this product:
The BeyerDynamic M 500 N is a dynamic ribbon microphone that is best suited for use in the studio. The mic has a hypercardioid pick up pattern and boats a frequency range that starts at 40 Hz and goes up to 18 kHz. I don't know too much backing information about the M 500 N, as it isn't one of BeyerDynamic's most well known microphones. It's been a little while since I used this microphone, but still have some fond memories of it and hope to get a chance to use it again in the future. The mic also features an on/off switch.

The BeyerDynamic M 500 N is overall a very solid microphone that can be used for a number of different purposes. I've personally only tried it for a few different things, and haven't actually used the microphone in a few years as I'm no longer working at the studio where they had it. The last session that I used it on was for recording some percussion. I was told before hand by one of the house engineers at the studio that the mic was great for congas and the like, so we tried it out on some percussion and the results were fantastic! You could hear all the detail in the sound, but it wasn't overly distracting as the sound was still whole and cut through very well. If I remember right, we used it for some shaker, tambourine, and conga tracks. I also once used it on an electric guitar cabinet, which I also thought sounded pretty great. I don't think it would be too easy to find one of these to buy, as they are no longer made and don't seem to be all that readily available. There are definitely some comparable and similar BeyerDynamic mics, so if you can't find this one check out some of the others they've got...
Did you find this review helpful?yesno