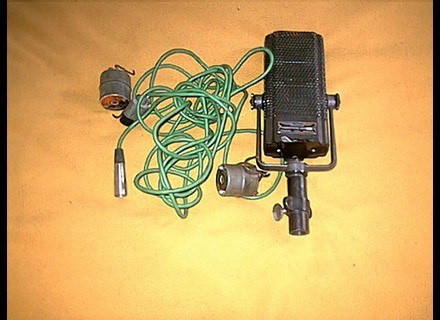 42B, Ribbon Microphone from Melodium.

View other reviews for this product:
The Melodium 42B is a stereo ribbon microphones, strictly for use in the studio. Don't think you could get a stereo ribbon mic for your home studio? Well, for about $350 (US) dollars you can. The two capsules in the microphone are positioned at 90 degrees away from each other for the perfect stereo spread. The X-15 has a figure eight style pick up pattern and frequency response ranging from 30 Hz to 18 kHZ. The mic comes with it's own hard carrying case, a power supply, a special cable, a shockmount, a pop screen, and a soft case as well. Just a note that you can get a different kind of transformer in there too, but it's about double the price and this review is based on the stock transformer.

The Melodium 42B is a great room microphone! When you consider it's price and it's warm sound, it's really a no brainer for those interested in a stereo mic at a reasonable price. It's definitely a dark sound as you're usually going to get with a ribbon mic, but I like that in a great room mic. It isn't just limited to room micing applications, but this is what I've used it for. The figure eight pick up pattern definitely helps this notion as it really picks up a huge room sound. In fact, when I first heard this microphone I had no idea that it was the X-15 and also didn't know that it was indeed recorded in a living room. All I heard was a huge room sound! I was definitely surprised to hear that it was not only recorded in a living room but also that it was a $350 stereo mic. If you are recording drums at home, this would be a great choice for your room sound or even to capture the whole kit if moved closer. I haven't had the chance yet to use the Melodium 42B for other applications, so I'm curious to see how it excels when trying to capture a more narrow spectrum of sound. In the end you really can't go wrong with the Melodium 42B as it sounds great and is about as cheap as you're going to find a stereo mic, let alone a ribbon one.