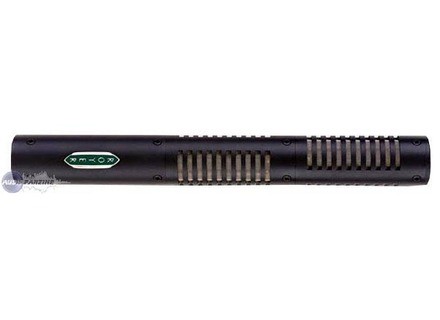 Buy this productView price information >
View other reviews for this product:
The Royer Labs SF-12 is a stereo ribbon microphone designed for the recording studio.  Definitely don't bring this outside of the studio as it isn't meant for that type of use at all.  The mic has a figure eight polar pick up pattern and picks up frequencies between 30 Hz and 15 KHz.  While I wouldn't say that the mic is especially fragile, since it is a ribbon microphone it should definitely be handled with the utmost of care.

I don't have extensive experience using the Royer Labs SF-12, but I first used it about a year ago for a live recording session.  I used the mic to capture the entire room, and I have to say that the mic did just that.  We had a pretty basic modern band set up with drums, bass, and two guitars, with all of the amps and players in a single room.  Of course we had everything close miced as well, but used the SF-12 to capture the ambiance and to add some depth to the recording.  As far as this application goes, the SF-12 did as good of a job as any other mic that I've used in the same situation.  I was amazed at how real of a sound it picked up as it felt like an exact replica of what my ears were originally hearing.  While I can't say that I have had the chance to use the mic for any up close recordings, as far as picking up sounds from somewhat of a distance, this is the perfect microphone.  Having a stereo microphone around is awesome, especially when it is one of this caliber, and I honestly feel like I could get a pretty good recording overall recording of a room just by using this single mic.  It is well known that Royer is the best when it comes to ribbon mics, as they make extremely high quality mics all across the board.  Any professional engineer will most likely agree that Royer is their mic of choice when it comes to modern day made ribbons.  Of course the SF-12 is an extremely expensive mic, but keep in mind that you're really getting two microphones in one.  If you're looking for one of the best stereo ribbon mics out there, look no further as it doesn't get all that much better than the Royer Labs SF-12.