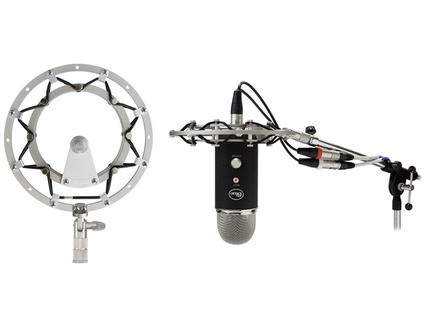 « Is worthless too strong a word? »

Value For Money : Poor Audience: Anyone
Very expensive, very heavy and will break instantly.
This mount is not made by Blue. The set screw is made of the worlds worst pot metal and breaks on the slightest pressure. This a widely reported issue. When I called Blue they were very understanding and sent a new screw immediately, which lasted about 1 second.
Supposedly the latest models have been modified to eliminate the problem but I would be very wary due to the cost and limited effectiveness in the first place.

There are now some other companies making shock mounts for the Yeti which are cheaper and better designed.