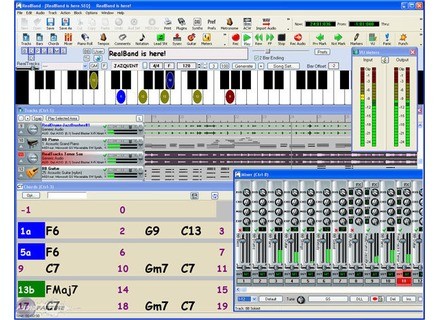 We're told it combines the most popular features from PG Music's PowerTracks Pro Audio and Band-in-a-Box programs into an all-in-one sequencing program with automatic accompaniment.

PG Music tells us that with RealBand you can create an arrangement with Band-in-a-Box tracks; type in the chords, add RealTracks and RealDrums that follow the chord changes, add your own tracks, and then edit and produce the finished song without ever leaving the program.