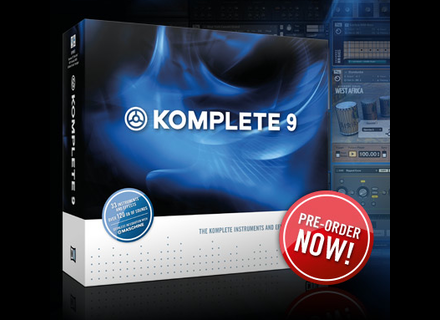 «  sounds good but missing for the price »
4

I cracked! Yes I broke down and got paid komplete 9 to finally make me models of quality and (hopefully) put more value in my creations. I've had two weeks. KOMPLETE before, I was using that free vst, of course, day and night! What is good with kontakt is compatible with many other banks that native instruments, there is no denying this is the indispensable universal player. This is both expensive and cheap pay: the blundle a lot of banks, but there are aberrations, for example, a bank's west africa but no slap bass (except amp sim but I have not tried). I find it abused seen the price of blundle. I tried all the sounds one by one, on electronic sounds, I can not judge, but for all that is sound, there are good things and some much less convincing, but in the words of another person on site, it's OK by fiddling sounds, we get to have more convincing sounds.

Finally, I would do this choice anyway given the diversity of what is on offer and that will be my lot, as for sounds eastwest, I have neither the budget nor the pc following, and I think they are less consistent in quality sound kontakt (still) when you listen goliath, there really sounds that are ridiculous! by against their classic sounds are excellent (I also eastwest ql silver which is still better than in vsl kontakt 5)

-basses slap (in virtual sound) only under komplete ultimate or included in amp modeling: loss perfs for pc and unforgivable for the price.
-some sounds outdated as vsl.
-number restricted facilities (what a big worry for pc repeatedly and authorization blundle?).
See the source
Did you find this review helpful?yesno