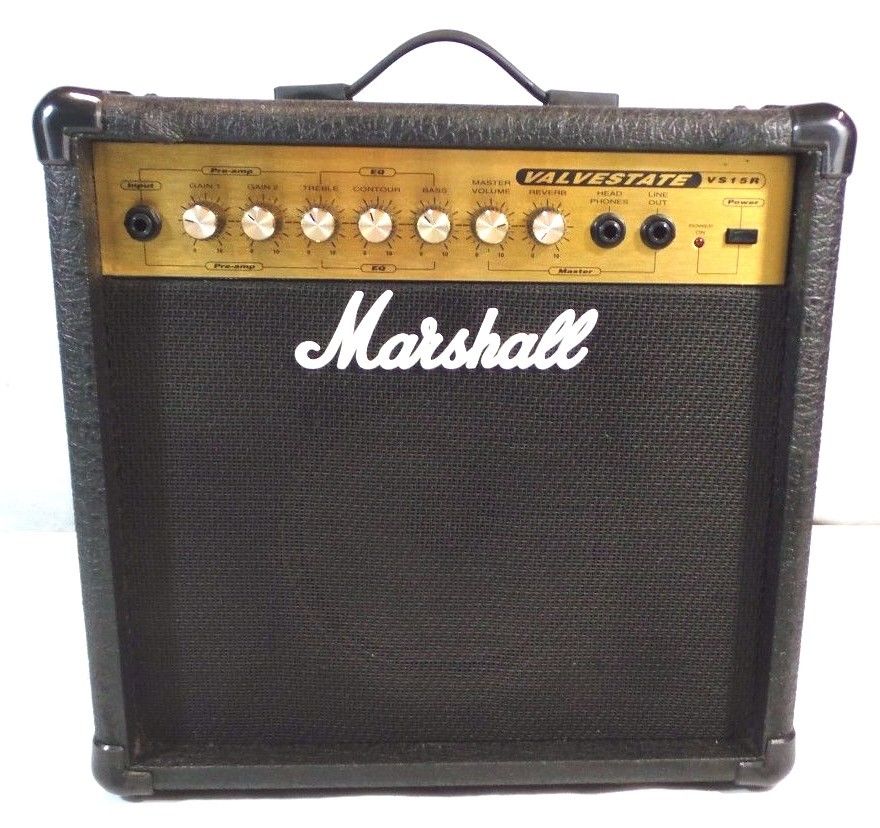 View other reviews for this product:
wrgkmc

« Owned this amp a long time and its been a good practice amp.  »

Publié le 12/28/16 à 15:02
Value For Money : Correct
Audience: Anyone
Been playing for over 50 years and have owned at least as many amps. As a repair tech I've used just about everything made at one time or another.

This amp is fine for what it is, and inexpensive entry model. It gives you typical clean and driven Marshall tones and your basic tone settings which are rather mild compared to its big brothers. I also have a VS 100 so I know the product line well.

This is only a 15W SS amp so its not going to do well gigging unless its miced. I've done a couple of rehearsals with it but I was really pushing its limits. 15W solid state is not the same thing as 15W tube. A Tube amp is rated in clean watts and they usually have additional driven gain.

The two gain knobs on the amp appear to be identical in nature. Its like they put to pots in series that produce the same kind of drive and tone. They are additive. if you gain one up half way cranking the second up half way is like cranking the first to max.

The speaker could be better on the amp. good 8's are hard to find so I haven't bothered to upgrade it. I did add a speaker extension jack which was very easy. I used it to drive a talk box for awhile, worked very well. I could plug into another cab if I wanted but I mostly use this amp for practice in the living room. I have all the big stuff I need for gigging in the studio.

I have tried recording with the amp close miced. It was a little fizzy and sterile recording. Not sure why because it actually sounds pretty good live.

If I had to gig with it I have several other small amps I run with it. There's something about the tone of several small amps together you cant get from one larger amp. This one handles the mid tones very well. I normally run it clean with a little hair and use pedals for my effects and drive tones. It does well for what it is. If you can pick one up for under $100 its a good buy. Anything more you could probably do better.
00