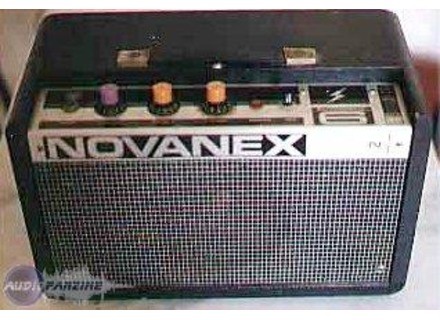 View other reviews for this product:
This amp dates from the late 1970s.
6-watt amp, all transistor, volume, bass and treble.
Jack has two entries as was often the era to play two.
Rglages little but enough.

The configuration is such a simplicity that even a guitarist can play with (yes, yes,

I used this amp when I gte in dplace couraging to compose and models. I play it with a custom tl 1978, an SG spcial, all with only a TS9. Capture with a sm57 or MK319 after the desired sound.

First, power: 6 watts guelent all they can and are more than enough to push and allow the transistors to compress (see below) without (too) stir up the neighborhood.

The original sound can be described as "screaming" with aggressive treble. Everything falls into place when you cut the treble knob on the amp when playing the Tone with four of the TS9. Then, the sound becomes pais, even with ample bass impressive given the size of the box (bass reflex). Low aisment can play it with a good record trs (with epiphone viola, trs is beautiful).

I've done with the face that here must really Tl. It yal a real personality with a grain low mdium / severe natural compression and a full mdium well and chased. I venture to say that certain sounds can be fully considered DEFINITIONS taken in the range crunchy / overdrive.
Use a clean sound seems to me dlicat propention given its natural compression.

I use it for a couple of decades.

Most
- The size, simplicity of use, versatility guitar / bass
-The sound in the bass and mdium, grain, natural compression inimitable
- The treble still remaining "indomitable"

The least
-Use a clean sound limitbr /> Treble and high-mdiums problmatiques but Grable
Works-no batteries
- No simulation program of all the amps in the world ...

I do it again this election, an era of acquisition were thrown o ...
See the source
Did you find this review helpful?yesno
Cookies help us improve performance, enhance user experience and deliver our services. By using our services, you agree to our use of cookies. Find out more.