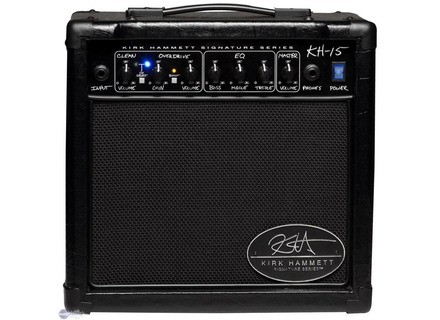 View other reviews for this product:
15 Watt Transistors
Two channels:
- Clean
Overdrive with boost-
A 3-band qualisation
A master
A headphone output
An on / off button!
Between a RCA (red + white) for connecting an MP3 example

Comprehensive review 3 because the price is not bad, the little HP is doing well, it's 15 watts but sounds as loud as a 15W lamp, but we must admit that for the same price are a lot better ... Kirk Hammett must be turning in his grave! (Joke)
See the source
Did you find this review helpful?yesno
Cookies help us improve performance, enhance user experience and deliver our services. By using our services, you agree to our use of cookies. Find out more.