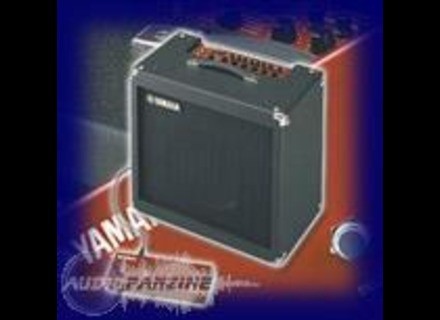 View other reviews for this product:
CHARACTERISTICS give the site of the brand (this prs Tait quip that the mine a hp
Celestion Eminence and no one):

* 60 watts
* 12-hp Eminence
* 180 programs
* 8 types damplis vintage and modern
* 14 effects compressor, modulation, delay, reverb
* 16 types of vintage and modern hp
* Wah pedals dexpression with optional FC-7
* Tuner Output numrique, Stereo output, headphone
* Included Pdalier
60 watts, that&#39;s all the same limit that RPET believe me it does not go far ...
do not count on it to a concert (even small).

Xlr output, would have not too many.

I tried for 2 years of good sound out of this amp ... impossible!

The impossibility to combine the effects and choose the rig realize the Fast Fashion&#39;s more than difficult:
first compression, it is but sometimes we would like to have as APRS effects

The delay / echo trs are limits in terms of rglage and in terms of effects such as rgler
trmolo the flanger etc., nothing could be more complicated: for rduire the number of buttons, Yamaha
DCID to assign two functions each. But the problem is that it is impossible to know about
what function you are when handling a button. So, it&#39;s definitely not intuitive, nor
not rely on the user manual to help you on the subject of rglages effects, it really is not
clear!

The factory presets are as catastrophic them, and again, I&#39;m nice. Effects (which sound trs
aseptiss) ydbordent on quality and precision and sound as if n&#39;tait not enough, they
good pens to add reverbs EXAGRES, history of hear nothing ..

Regarding the use of the pedals, the tuner CHAC is quite simple but it is easier to
tmoin watch the tuning of the amp in it even as the pedals, requires precision.

CHAC to him about presets is simply Dique m **! Sr Although we accde of a sudden a pressure
of the foot 4 four presets (if you&#39;re lucky enough that the button does not lock so if I was arrivbr /> more than once!) ds but when you want to go " visit "the other banks, is a different
thing. You must be a combination of manipulations to reach the preset by pressing DSIR
tantt 2 seconds of a button, tantt 1 second is again not really intuitive and it is
easier and faster to search his bank from the amp than through the pedals!

The HP (one of my Celestion MODEL, I repeat, not one as in Eminence
today) a silent vritable dung! It&#39;s thundering you will tell me, especially when the connate
reputable brand but here&#39;s the facts when I say that I did not Russia from one&#39;s
OK, it&#39;s not totally true, I&#39;m pretty close in Balanant sound in headphones
semi-pro

In gnrale, we can say that the sounds of dbordent mdium (despite of journalists rglages
hard!). The distos are really of little use, then the rest of his tendency to saturate a clean
little with the microphone used (I use a Gibson SG and micro acute saturated systmatiquement on this
amp&#39;s clean).

Yamaha offers a wah on this amp if you connect an optional expression pedals using the pedals
to select presets. It is well thought pluttdcevant but in the end. I would not buy a PDAL
expression supplmentaire so I took one of my piano (which fit perfectly) but the sounds
not worth really not a real wah. We can not ask too much either!

In short, the level is trs (trs trs trs) dcevant.

I used the Yamaha DG60FX-112 for 2 years and today I sold (I would also like br /> apologize to the world to have let such a thing on leave the market. With the dough
resale, I pay a Pod XT (nine), as is what has sold plutt much more!

The particular feature I like least: the fact that Yamaha has released this amp!

This is an amp that does offer me so I did not choose but I know that for the same price, I could
Marshmall have a 100 watt (even if it would not have this range of effects) would have done better
BPS in the case and / or concert. In fact, I have many times make the comparison using this
MODEL Marshall a friend owns and it immediately made: the level, there is no photo, and I do
talking about the quality of distos that although there are a few things on the review Marshmall are
incredibly more usable.

Report qualitprix well I find it amazing that Yamaha dj has put this thing on the market (ay is
I may even call a more amps), you can imagine what I can think of the prices charged
it! Srieusement I find really outrageous from what is REALLY in terms of
both sound quality and use. This is another dbat, but Yamaha has released one pedals, the
DG-Stomp I think, which is the same as DG60FX CHARACTERISTICS-112 is proportionally
the price is even more outrageous!

In conclusion, I would simply say that those whose motto is "plug and play", will be due with this
amp, the other too!

ps: the only thing nice I did in the end with this amp in 2 years is a photo ... understand that
can .. = B
See the source
Did you find this review helpful?yesno
Cookies help us improve performance, enhance user experience and deliver our services. By using our services, you agree to our use of cookies. Find out more.