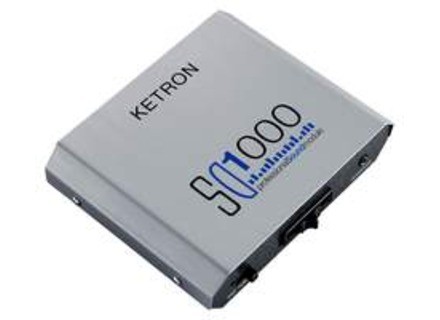 Value For Money : Poor Audience: Advanced Users
This module has mostly very good sound fonts, the problem is that it has also a critical software bug which makes it sometimes impossible to render MIDI files properly. I tried to upgrade to the version from year 2015, which I do not think would help, as my device was bought in 2019. But the update procedure did not work on Windows 10 anyway. I thus contacted Ketron with this issue, they do not respond. They do not even list the sound modules on their site any more.


But let the sound output of Ketron talk. It is a rendition of a MIDI file which has been tested with another synthesizer and worked perfectly. I attach two files, one played with MIDI port 1 of SD1000 and the rendition is perfect. The other is played on MIDI port 2 and the sound of the trumpet is cut several times around 20th second and this is only one of more bugs. Restarting, resetting does not help. Good on MIDI port 1, bad on MIDI port 2.

In my opinion, unacceptable even for a module 10 times less expensive.