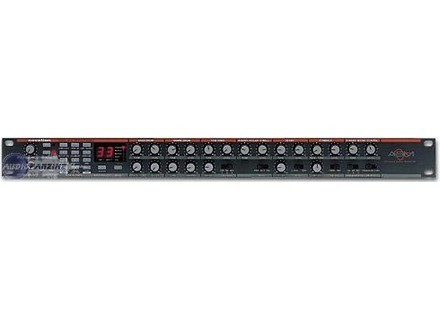 View other reviews for this product:
I bought it in 2008, kept two months and sold for something else but I have good memories.
Found in analog modeling the 808 and 909 and there is MIDI, individual outputs, full of buttons to tweak live and that's fun, you can combine bits of kit with those of 808 909 to get his own kit.
No effects, no software, no sequencer, but it's worth € 150 so should not ask too much.

To use the knobs turn out to be a real plus compared to the competition in the same range of rates used.
I did not have to complain about the lack of polyphony.

Question is a very nice, close to the sounds of the original but lacks the fishery, the definition at the bottom, the feeling and the immediacy of the original groove.
By ca bleuf well against the world I think anyway.
In a mix, output recovered in separate, for each element, effects and EQ on the buttocks and ca why it does what expected: imitate the original.
So the sound is good but you have to work behind. Fairly quickly we take for a pioneer in the Strait thoroughly with a tweak that turns sytnhé lead, a bassline and a TB.

I sold a Jomox Airbase 99. The jomox for the same price is better or almost the issue but have no knobs so you have to send him a controller with exchange controls.
I had an Electribe ESX (albeit with an armada of old BAR sample, and indeed a beast ES1mk2 enough for that), I kept a 3-year DRM1mk2 Vermona (ca claque strong but very special) a TR707 (excellent if treated later with reverb and EQ), an MC303 (ho hum, it's cheap and for the price there is a good sytnhé a little dated and a lot of drum sounds, some do wonderful things with this box, but not me ...), a DX200 (very good for the FM synth, otherwise the drum samples as in the 303 etc etc), an SP12 turbo (which is really strong and smack more notch above), a TR909 (also several notches above: the groove, the feel, dynamics), the airbase99 (really for the price if you consider the purchase of the drum station I would rather the 99!), a Elektron SPS1 and SPS1UW (my machine of choice if it was to stay only).
I never owned the MFB 502, 503 and 522 but I think as the airbase is a little better (the sound and some knobs) that Drumstation although this one is not inherently a bad purchase.
See the source
Did you find this review helpful?yesno
Cookies help us improve performance, enhance user experience and deliver our services. By using our services, you agree to our use of cookies. Find out more.