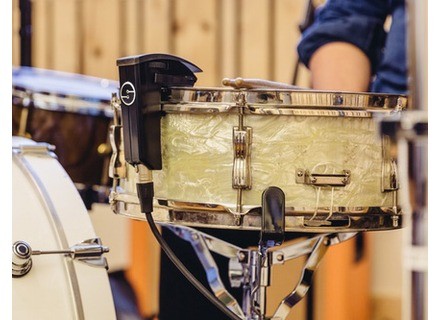 Sunhouse presents Sensory Percussion, a new product that promises the nuance and control of an acoustic drum with the possibilities of digital sound.

According to them, Sensory Percussion is a modern take on electronic drums that captures the true expressive nature of drumming: while triggers turn your drum into little more than an on/off button, Sensory Percussion was designed to listen and react, responding to the essence of the drummer's performance. 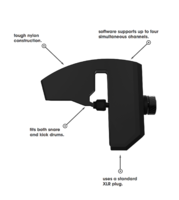 Sensory Percussion is a hybrid hardware + software system that is an overlay onto acoustic drums. The sensor clamps to the side of a drum (snare, tom or kick) and connects to your Mac/PC software via a standard audio interface as a phantom-powered microphone. 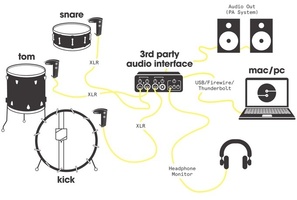 Sensory Percussion is said to be able to understand where and how you hit the drum. Not only does it let you map different parts of the drum to any sound desired (from samples and synthesizers to digital audio effects), but it also lets you control those sounds in a way that's announced as both intuitive and expressive.

The result opens new possibilities, blending the natural expressivity of acoustic drums with the power of modern audio software.

Sensory Percussion kits can be preordered now in different configurations, including: