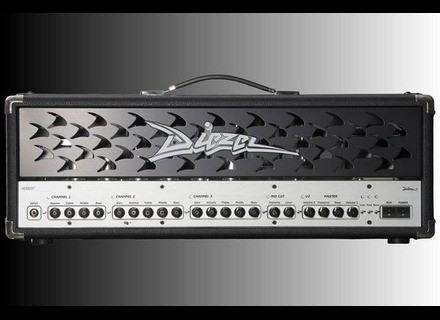 View other reviews for this product:
Mine is the older Mk. I version.

It is very easy to get a good sound, I usually keep the controls near noon. I like the presence and deep controls fairly high and the mid cut around 10 o'clock. Using the midi is very easy, just push "store" on the amp, select the place where you want to assign it on the footpedal, press "store" again.

I play a baritone scale 7-string tuned to B. I mostly play melodic and progressive death metal. I like how smooth and clear the gain is. I prefer the channel 3 because of it's compression and saturation. The 2+ channel sounds slightly bigger and more raw which can be preferable for some players. The clean channel is bell like very bright and clear, probably more voiced with metal players in mind.

What I like the most is the ability to change power tube types, and the fact how clear it sounds with the SED =C= 6550's I have in it now.

I'd buy one again in a hearbeat for the price I paid for it. I wouldn't however pay full price for it ever. I pretty much bought it as an investment since I can sell it for more than what I paid but it seems that I can't really let it go anymore since I like it so much.
Did you find this review helpful?yesno
Cookies help us improve performance, enhance user experience and deliver our services. By using our services, you agree to our use of cookies. Find out more.