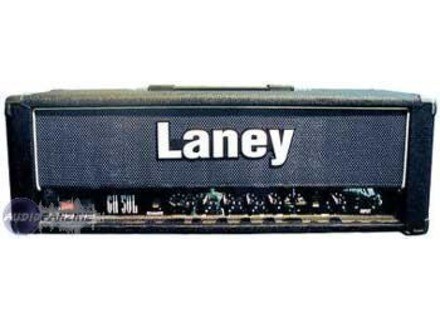 View other reviews for this product:
The Laney amplification company has built a great consistency of good quality sounding amplifiers. This amplifier is a single channel no-frills no nonsense 50 W amplifier head. It has a classic A/B power section as well as a the ability to switch EL 34 power amp tubes with 6L6 powering tubes.


The features on this amplifier a pretty minimal but very useful. For instance it has a high and low input jacks as well as a foot switchable gain. You also get an effects loop and a slave out as well on the backside of the amplifier. It's a great amplifier to get a basic sound of a British hard rock and classic rock tone with.


This amplifier sounds best to me with a British speaker cabinet such as greenbacks or with GH30 speakers. This is the kind of amp that can get you a great classic rock tone from the 60s and 70s. It's not a super high gain amplifier but if you use a nice boss pedal or some other distortion or boost pedal then you can get this amplifier cooking into some hard rock and metal type times. It takes pedals very well as you would imagine. So this is it pretty each versatile amplifier for someone who wants something very simple and not too much to think about.


These amplifiers are built over in the United Kingdom and they have a great British feel and tone. Overall they're not very expensive if you can find one but then again Laney has other amplifiers in their current line that I would say would be better than this. For instance they have revised this amplifier for some subtle cosmetics and some subtle changes to the new version. At new you can find these amplifiers for right around $1000 which is a pretty good price for a quality sounding amplifier. This is good rival or competitor against a Marshall amplifier or a Mesa boogie amplifier.