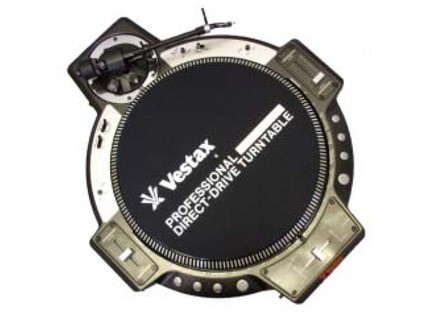 APRS years of turntablism, and a lot of trial and mixers Platoche I DCID to buy a "trick" which really suited me.

I use this board for one week, so I have no ide of his life but I think with an engine and a cross PDX 2000 Pro III of 05 you are quiet (no bad surprises at the cross pmc which is used for X years). In short the last 7 days hopefully (lol).

The particular feature I like most ... Um actually there is no (or little trs) of particularity, it is probably what drove me to buy. It has a tray that rotates (waaaw) with a couple I like, a cross which cut property (NB: I am a big fan of 05, the cut for me is neither too soft nor too sharp), two faders and basically that's all. What I also like it Reduces clutter and no son between Platoche and mixer. Oh yes I forgot, the position of the hands scratch is really comfortable trs (: D). So much so that I can not return to a typical configuration platinum / table.

Design issue, I think is neither ugly nor beautiful, plutt normal (each with its gots at the same time).

Honntement, I've almost never used in the qualisers scratch because most of the vinyl sounds suggest dja worked well, it could be said that lack in beatjuggling Gnant (notably the one to break clean bass without saturating Live: Again, there is no one with a single sample vinyl eh?).

When the tone arm of Dynamic quilibrage QFO at all, I'll just say I'm not used to scratch in cramped positions (inclined 60, the head upside down, or in a roller coaster). Know that the cell does not move when the player is on jenoux (IDAL for a good toilet APRS kg of rice) or cross-legged (tailor is the word dsign position which is a put his left ankle on his right kneecap while both seated). I use the M44-7 from home shure.

Why QFO QFO LE and not at all. Simply for the price and also because I'm not used to "beatjuggler" the head upside down in a roller coaster.

- Have you tried many other models before acqurir?
Yes, and I find that the options Submitted on decks or tables scratch trs are often unnecessary. To me what matters is the torque of the plate, the cross cut of the table, and although the sr solid stuff. Finally I speak of you seen turntablism.

- How do you report qualitprix?
Normal. The equivalent of a PDX 2000 and one PMC 005 Pro III. Without qualisers but with less clutter. (I speak sr prices rose nine now on a big sales site franais PA). I find the same stuff that the sound is gnral trs expensive and I think not be the only one.

- With the exprience, you do again this choice? ...
Certainly, it is the product I needed (Note: I am not a vestax REPRESENTATIVES: D). Simple, simple, effective.

I've also seen people on forums who said "yeah the QFO has its ser ri1 a pure c produi komersial"
And if the QFO (same IT!) Please people who are useful.
In my case, I do not see the usefulness of buying a second stage in a normal configuration. Go tell the DJ to a nightclub.
Yet I understand q'eux have normment in need. Everyone's a (: D) and I think some have not understood.

Ha must make a note of.
Go a 9 / 10. The 1 / 10 the remaining REPRESENTATIVES Difference in price between the LE and the QFO QFO ANY COURT caractrise by qualisers quilibrage and arm dynamics.

moustik_133@hotmail.com
See the source
Did you find this review helpful?yesno
Cookies help us improve performance, enhance user experience and deliver our services. By using our services, you agree to our use of cookies. Find out more.