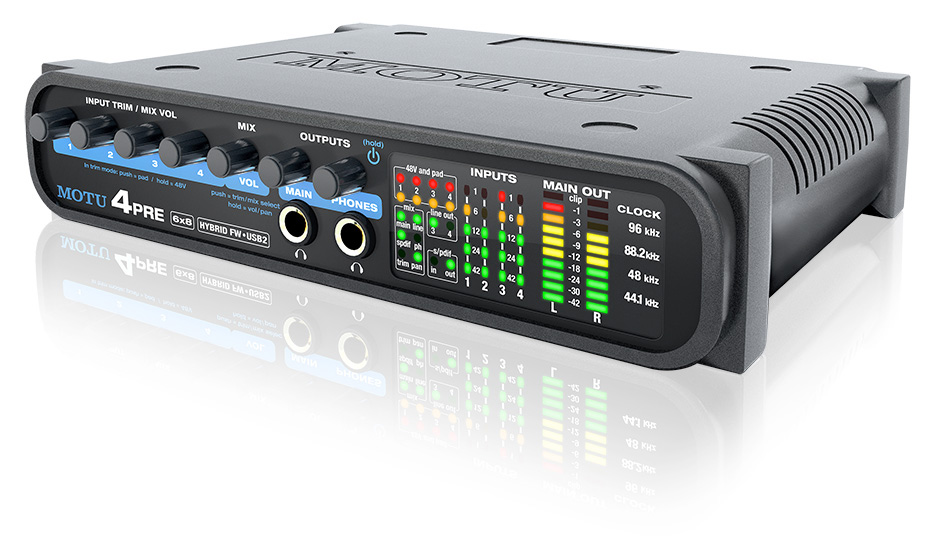 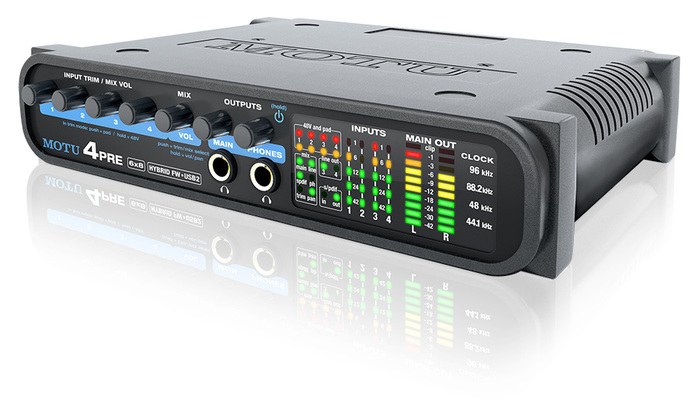 The 4pre connects to any current Mac or PC via high-speed USB 2.0 or FireWire and provides six simultaneous inputs and eight outputs. Four XLR/TRS "combo" jacks equipped with preamps provide input for up to four microphones, with individual 48V phantom power and -20 dB pad. All settings can be adjusted directly on the front panel, or from the 4pre's CueMix software running on the computer.

All quarter-inch analog connectors are balanced for protection against RF interference, AC hum, and other noise-producing environmental factors.

The rear panel includes S/PDIF digital I/O at sample rates up to 96 kHz.

Mixing for studio and stage

The 4pre front panel provides mixing of all four analog inputs. Users can plug in a mic, guitar, keyboard, and control the mix going to the main outs via four front-panel knobs. Users can also adjust input trim levels from the front panel.

In the studio, 4pre front-panel mixing can be used for monitor-mixing while tracking into host software on a computer (to eliminate software latency during recording), or for playing connected instruments even when the computer is turned off. On stage, the 4pre can be used for live mixing, either stand-alone or with a computer.