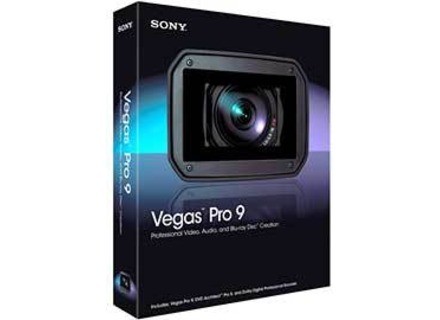 Vegas Pro 9, Video Software from Sony in the Vegas series.

Notable fixes/changes in Version 9.0b: