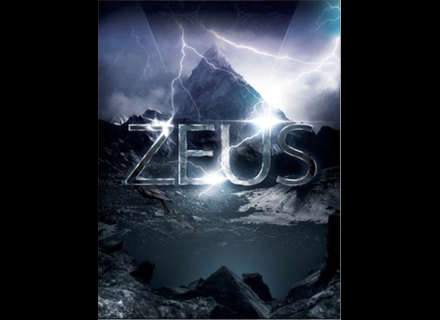 8DIO announced the release of its new Zeus drum library and posted details about the upcoming Cage orchestral effect collection.

Zeus, a drum kit collection for Kontakt that had been introduced last month, is now available for purchase. The 6GB (lossless compressed format for Kontakt) library features 38 150 drum samples recorded with 10 microphone positions that can be mixed in the Kontakt GUI.

New in this collection, 8DIO included the Flow Note custom technology that allows, according to the editor, for handling cymbal hit repeats in a more realistic way (sounds are not “stacked” but follow each other with a slight mute and part of the previous hit).

The custom “3D” GUI for Kontakt gives you the ability to mix the 10 microphone position (kick, snares, hi-hats, cymbals, toms, overhead, room and custom distortion) and you can assign effects to each microphone separately (spread, EQ, compression and LoFi), send each channel to a distinct output and use remapping tools. Volume, pan, tuning, attach and release controls are also available.

Zeus is available for the introductory price of $179 instead of $249 until January 7th, 2014. It requires the full version of Kontakt 4.2 and later. Demos are available at 8dio.com/#instrument/zeus-drummer/.

8DIO also posted a demo video of its upcoming Cage orchestral effect library that is expected in February, 2014. The editor did not communicate the price but says that V8P members will benefit from a special offer. In detail, Cage is a 30GB library with thousands of effects and transitions of orchestral strings, recorded with 9 microphone positions (Close, Mixed, Decca, Far, Wide and 4 Spots). It is organized in two sections for violins and violas on one hand and cello & basses on the other hand. Full list of effects is available at 8dio.com/#instrument/cage-strings/.