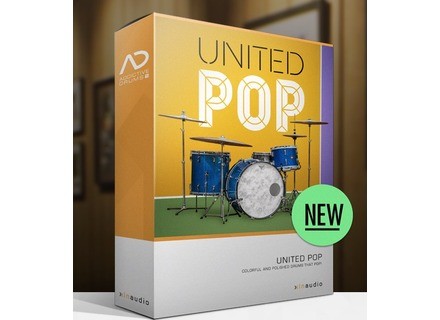 You’ll also find a collection of over 30 presets.

The United Pop ADpak for Addictive Drums 2 is available for 79,95 € at www.xlnaudio.com.