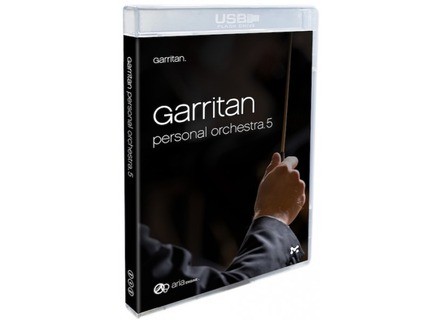 Garritan has announced the future release next month of version 5 of their Personal Orchestra virtual orchestra software.

Version 5 of the Garritan Personal Orchestra is announced as "the most significant update to Garritan Personal Orchestra since its introduction in 2004", adding a greater number of instrument patches than the number of patches that were included with the original GPO. The largest single addition is the Garritan Orchestral Strings, which includes section, small section, and solo patches in a wide variety of bowing techniques and effects, along with new sampled body resonances in many of the solo strings.

Garritan Personal Orchestra 5 also incorporates Sonic Morphing, an innovative technology which aims at producing seamless dynamics ranging from the very quietest pianissimo to the loudest, most audacious forte sounds – with a continuous variety of timbre changes along the way.

Garritan Personal Orchestra5 will be available on February 1st as a downloadable version or boxed USB key. Announced price is £99, with a free update for users who will have bought version 4 in the 30 days preceding GPO5's release. More to come from www.garritan.com.