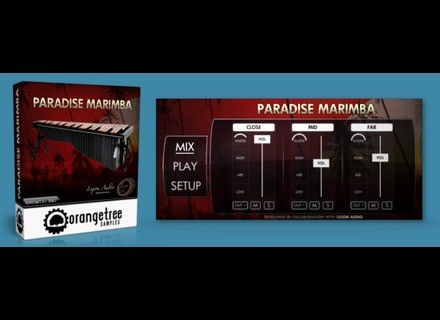 To produce Paradise Marimba, Orange Tree Samples recorded a 5-octave instrument described as warm with full sustain. The two lower octaves were played with smoother mallets than the standard mallets for a sound that can be used in cinematic and ambient music.

The library also features staccato samples, made by muting the bars with the mallets.

Paradise Marimba requires the full version of Kontakt 4 and 5. It has a special introductory price of $79 instead of $99 until September 30th. You can listen to demos at www.orangetreesamples.com.