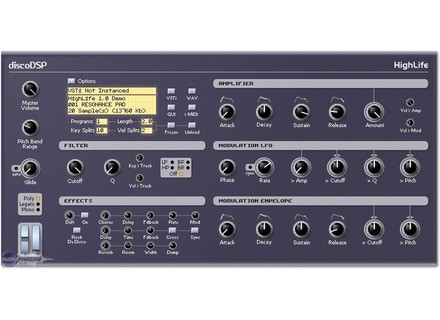 DiscoDSP has announced that R3 beta of the open source version of HighLife is now available.

HighLife R3 beta now is presented as featuring "improved sfz import, more in line with the official sfz specs" Most sfz files can now be used right away without the need to edit out any unsupported features or moving the soundfiles around on the computer, according to discoDSP.

HighLife SFZ Implementation
HighLife supports a subset of the sfz specification v1.0 opcodes. Unsupported opcodes can be included in the file. These will be ignored and should not cause any errors or misinterpretations. Unsupported headers (sfz v2.0 or third party) will be skipped. The parser will jump the next header if it finds an unknown one and ignore all opcodes in between.

Known Issues (these are temporary restrictions):