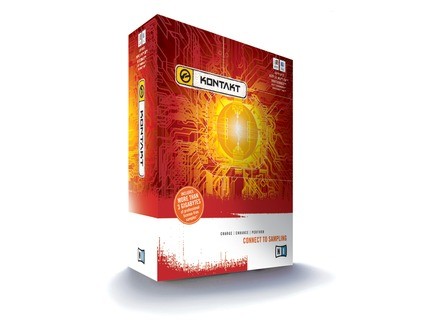 View other reviews for this product:
This installed with no problems. Native Instruments has the software installation down to a science to be problem free, unlike some other audio companies. There is a large component that is a sample library, so expect your installation to take a long time while it copies over these gigabytes of data. After that you'll have to register your serial which is pretty simple and doesn't take long. There is a large manual on how to use the sample player properly along with some documentation on all of the patches as well. Overall I feel the manual is a bit patchy in its usefulness, but most things are covered well.

I have a custom built PC that is running Windows XP. It has a dual core processor by Intel with 4GB of RAM. For my DAW i'm using Cubase. Kontakt works without a hitch on my system after installing it in the VST format. Kontakt uses a good deal of system resources, so people with less powerful computers beware. Expect to have a shortage of RAM with all of these samples to load! The program is pretty stable, it doesn't crash often.

I have been using kontakt for years. You can find it in a lot of different studios that do any kind of arranging. Its best assets are the ease of use and the customization that you can do on the different patches. The sounds themselves are kind of hit or miss. Some of the string patches sound realistic, while others sound like total 80's cheesy strings. As for strings, I have had good luck by combining more than one patch playing the same arrangement and bussing them to one reverb to improve realism. There is of course way more than just strings in Kontakt, but that has just been my main use for it. It's a good value for the price considering the wide variety of patches you get and the nice interface. I would get it again.
Did you find this review helpful?yesno
Cookies help us improve performance, enhance user experience and deliver our services. By using our services, you agree to our use of cookies. Find out more.