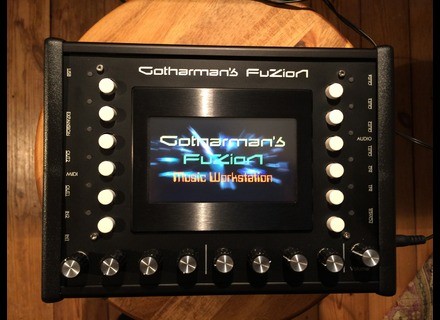 Gotharman is preparing a music workstation

Fuzion is the name of the upcoming portable music workstation Gotharman will launch in March, and that you can pre-order now with a discount.

The Gotharman Fuzion is a portable multitrack polyphonic workstation featuring synths, sequencer, sampler and effects. Here’s a resume of what the manufacturer has announced:

Details of the built-in effects are still to come. Gotharman adds that will be possible to add MIDI I/Os via an expansion box and that the Fuzion will be compatible with most of the Little DeFormer expansion boxes, except for the Audio Output and USB Transfer models.

Fuzion will be available in March for the price of 1 899 € but if you preorder it in January, you get a 200 € rebate and a 100 € discount in February. More info at www.gotharman.dk.