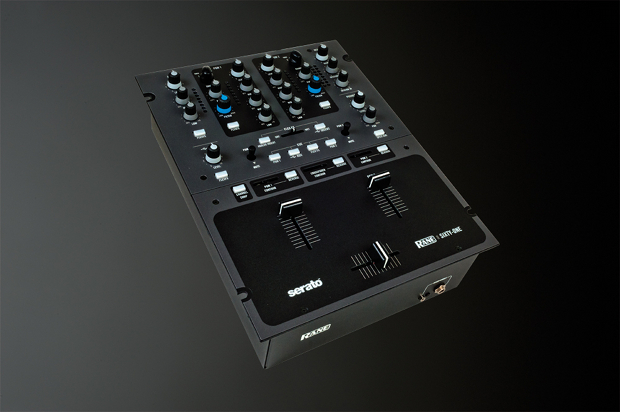 2-Channel Mixer from Rane belonging to the Sixty series.

Rane and Serato announced that the new series of Rane mixers are shipping now.

The Sixty-Two is described as a plug-and-play package supporting two computers, 2-deck digital vinyl simulation, SP-6 sample player, software and hardware effects and record and playback channels. Software controls for Library, Loops, Cues and SP-6 are laid out for access.

Z-Trip’s Limited Edition Sixty-Two Z Mixer is functionally identical to Rane’s Sixty-Two, with a face plate design by Shepard Fairey and custom purple cables. The Rane Sixty-One features the same construction and integrated 20-channel sound card but supports one computer at a time and has a simple layout, allowing you to use a MIDI controller of choice.

The Rane Sixty-Two, Sixty-One and Sixty-Two Z are shipping now worldwide. More information can be found at
www.serato.com.