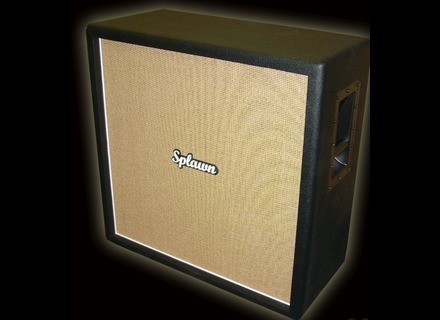 View other reviews for this product:
I've tried more 4x12's than I can shake a stick at. For the longest time my favorite cab was a Bogner 412. It was the most balanced and organic cab I found. And I had it for years. Unfortunately they are very expensive. Not a lot of people can afford them. I've only tried a few that compare and most of them cost upwards of $1000.

I finally looked to see what speakers were in it. Come to find out it was 2 eminence governors and 2 wizards. I've used these before and they are some of my favorite speakers, but this cab makes them sound huge and awesome. The bottom line is this cab had construction that's on par with the best of the best. Seriously. I sold my Bogner and made some cash just to buy another one of these. Scott Splawn is about an hour north of me. I had to drive up to his shop one day and tell him how much I liked his cabs. Saw how he's making them and I was only convinced more of the quality. This is the real deal.
Did you find this review helpful?yesno
Cookies help us improve performance, enhance user experience and deliver our services. By using our services, you agree to our use of cookies. Find out more.