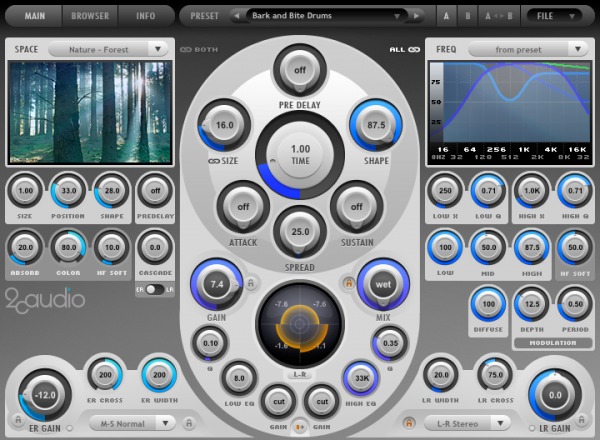 2CAudio has updated is algorithmic reverb plug-in Aether to v1.0.1.